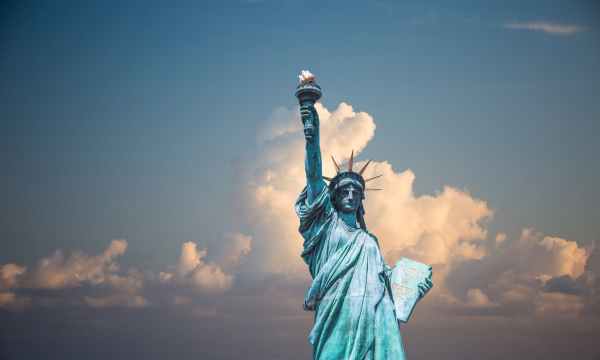 As much as I do not want to get political on this blog much in me longs to speak my truth, my perspective on a few things.

I am in mourning. Grief is again a daily companion. Since COVID hit, the pitiful displays of all areas of leadership, the loss of lives, the riots, peaceful riots turned anything but and the hatred tangible in our streets I have mourned the loss of America. It has stirred within me, its jagged edges bringing forth blood. It has wrapped its tentacles around my heart and threatens to drown me in vileness. With the future in question, (Would we even live through it?) there seemed no safe place but the arms of God. And my belief in Him could cost me my life and the lives of my family. How do I walk away from the core of my existence?

In my artistic eye I have a vision of a neglected graveyard where the headstones mark the icons that bring America to mind. I hope to turn it into a multi-medium painting. Meanwhile, as I emerge from grief and shock my question is, “What now”?

How do we salvage America? As our enemies foreign and domestic are circling like we are now the greatest feast ever in life?

Where are our leaders set aside by God already to lead us? Have people of good moral character, honesty and trustworthiness already passed from this planet? The lack of decent government at all levels is apparent. Even in our small town our mayor has been arrested for ethic violations and our city council does not have its populations needs on their radar.

People are believing what the all to powerful media “reports” even when lies and cover-ups are exposed in their own coverage. They are arrogant in their spread of false and misinformation. Journalism has become at the least a joke but truthfully a disgrace to their forefathers in the field. A thorn in America’s flesh. This group keeps doing what they do because the majority enjoys wading in the stench as it suits their agendas.

Hope is a bubble in my heart. Healing is a possibility but it will come at a personal cost for each of us. Our forgiving those who have hurt, threatened to harm, whose perspectives and beliefs are opposite of our own. We have to give up the idea of forcing people to behave in the way we want. Most of all we have to admit where we are drowning in a flood that we caused by dancing the rain dance recklessly. We can be a better America than what we are now. Who is with me?

“When they kept on questioning him, he straightened up and said to them, ‘If any one of you is without sin, let him be the first to throw a stone at her.” John 8:7

Taken from the HOLY BIBLE, NEW INTERNATIONAL VERSION, 1973, 1978 by the International Bible Society, used by permission of Zondervan Bible Publishers. 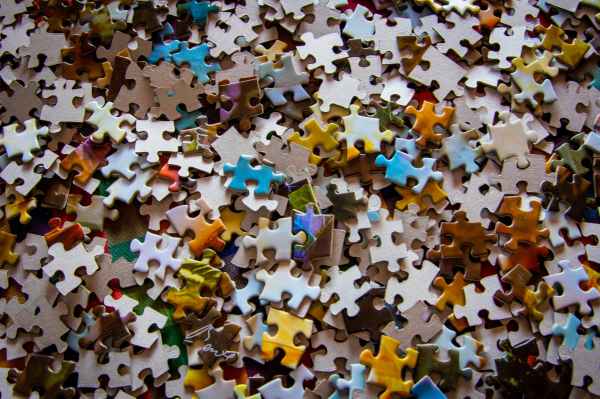 During the Summer of 2020 Murdoch and Trump had an argument.

Trump accused Murdoch of “encouraging” Fox to run negative reports about him. Though not supported by Ecarma’s* piece, it was, it appears, a decision made by Trump to question Murdoch’s support that lead to a negative consequence. It is not to far a step to see that if Murdoch used his influence to have news coverage that was positive towards Trump promoted he could use it to be stopped. Problem is, if this was true, it could just as easily backfire on Murdoch, Fox News as well as Trump.

Trump did allegedly confront Murdoch during the Summer of 2020 in anger. It’s incredible that so close to the November 3 election that Trump would do anything to risk Fox’s support, it makes little sense. But, to do so appears to fit with his personality.

Prior to the research done for this blog I witnessed several news coverages of press conferences. I noticed from what he himself revealed or people around him said, that Trump has many positive attributes.

One, he is a hard worker, survives on little sleep and expects the same dedication and work ethic from those around him.

Two, Trump is willing to make personal sacrifices for the United States of America. While there are those in our country and among the politicians of today who are calling for the wealthy to give up their wealth to assure someone else a boost up, (or level the start line for success for everyone) I never heard any of them willing to point out that Donald Trump was doing that already.

The man donates his salary as the President of the United States to various charities, keeping only the $1 required by law. Yes, it does mean he can get a tax credit for his charitable contributions but that is available to everyone who contributes to charities, non-profits, and churches for example. Of course, take that away from the wealthy and evidentualy it will mean it will be taken from us all.

Three, President Trump has kept his promise and hasn’t played “politics”. This, in my opinion, has as much to do with who Trump is as it does with how he’s been treated by Congress. He’s not been able to count on back-up even within the Republican party because he wasn’t playing the political game the way they’re accustomed to playing.

When his dedication, hard work and sacrifice goes unappreciated and unnoticed his feelings get hurt. When his feelings get hurt he does not do himself any favors by Tweeting or addressing the press. Some people find him rude, bossy, crude and worse. The picture they would paint of him, to me, is that of a bull in a china shop wearing a size 22 double pair of shoes. Although, it is that, I believe which attracts supporters of Trump to him. People are fed up with politics as usual. Whichever political party you support, you should be hearing that message by now.

It’s my opinion that Trump may not be the only person who, when they feel unappreciated, act in inappropriate ways. I believe Murdoch reacted to Trump’s words and accusations and did use his influence to pull Fox’s support.

The Murdoch’s are trying to explain their betrayal so they can save their money. Already it seems Fox is beginning to pay the cost of folding to Murdoch’s pressure. Conservatives, who made up the highest percentage of Fox viewers are pulling their viewership. Fox is in the same boat as all the other main stream media and the name of it is “Untrusted”.

This blogger repeats, Ecarma in his article in Vanity Fair HIVE, nor Maass in The Intercept made the same tie-in I did to that argument between Murdoch and Trump. We watched that coverage change right before our eyes. Not only did Fox begin to mock Trump and trash him they along with all the other main stream media they certainly do not act as if finding out the truth matters at all anymore.

Will the recount, investigations into any of the occurrences of suspected voter fraud change the result of the election? Maybe not enough for Trump to win but it will sure begin to restore the American people’s trust in our voting process and procedures. No relationship can sustain itself, grow in a healthy manner, resolve conflicts and thrive if the foundations of truth and honesty do not exist. No such foundation exists now.

*Reference quoted in Part 1. “Is Rupert Murdoch Completely off the Trump Train?”, The Vanity Fair HIVE by Caleb Ecarma, 10/15/2020

Among the conservatives I know and whose comments are posted on social media, the one main stream media company trusted was Fox News. When allegedly Fox changed the overall tone of its coverage of President Donald Trump on the November 3 Election Night from supportive in nature to deliberately damaging, people noticed. People questioned. People felt betrayed. This writer included.

During researching what sparked this change in Fox the first search lead to who owned Fox. Rumor had it that Disney owned the media company. As with most answers you can find them if you follow the money and consequently, whose money it is.

The initial breadcrumb started at Century 21. Century 21 was owned by multiple people/corporations but the majority stockholder was the Murdock Family via trust with Rupert Murdoch having the most voting power. Plus, one quickly understands Fox is split into multiple pies. Fox News, Fox Sports, Fox Business, Fox Studios, groups of or individual Fox stations for example.

Disney came into the picture in June of 2018 when they were planning to acquire Fox for $71.3 billion for the film studio and TV assets. The buyout was put on hold when Fox shareholders sued and halted the acquisition process. In the acquired certain pies or pieces of pies but not the entire buffet of pies.

However, with a search into directly the Disney buyout status, this blogger discovered two things. One, the acquisition has now gone through. On March 20, 2019 Disney acquired Fox studio and TV assets. Two, Rupert Murdoch, and the Murdoch family retained control of the other Fox pies, whole and in pieces.

Rupert Murdoch was a personal friend of President Trump and financially contributed towards his 2016 and 2020 campaign. It appears the children of Murdoch did not support their father’s choices but he retained the voting block of their trust. Up until the night of the election Fox was the only main stream media that gave positive coverage to President Trump’s 2020 campaign. Then as their viewership watched, Fox turned on Trump like a piece of rotten seafood. Why?

“A behind-the-scenes struggle that could determine the extent of post-election violence in America is breaking into the open, but it’s not at the White Housse of inside the GOP. It is within the billionaire Murdoch family, the owners of Fox News.”

“As Trump is Defeated, the Murdochs Try to Dodge Backlash for Fox News”, The Intercept on theintercept.com, November 6, 2020, written by Peter Maass.

This same article quoted Kathryn Murdoch’s tweet from Friday, November 6, 2020 that read, “I agree with this”. To what was she agreeing? Another Tweet by Jeremy Barr.

“CNN’s Jake Tapper, who says he doesn’t normally talk about competitors: “The Murdochs and the people at Fox have an obligation to put their country above their profits. It is very important that people make it very clear–that there is no credible evidence of widespread fraud.”

By Friday evening the Wall Street Journal’s editorial page skeptically noted that the Trump campaign would have to provide credible evidence of voter fraud. They, along with all the main stream media outlets were denying all evidence, even eyewitness reports and previous news coverage of dumped ballots, and still are despite proven fraud at the writing of this blog. Fox joined the trash Trump campaign calling for him to concede to Biden despite legal means in the works to continue to prove fraud in voting.

These are news outlets. When I went to journalism school we were taught to keep our personal bias out of the news coverage and to report the facts, discover the truth. What passes for journalism now is what was once referred to as yellow journalism and credited to such publications as the National Enquirer. According to this article Fox just suddenly had their eyes opened by the more up-to-date Murdoch’s and tried to save their professional reputations by turning.

I am not quite buying that argument. Why not? Because of another article on October 15, 2020 in the Vanity Fair HIVE online publication titled “Is Rupert Murdoch Completely off the Trump Train”, written by Caleb Ecarma. Normally I would not seek news coverage from Vanity Fair. However, this article brought out a nugget of information that could explain Fox’s drastic change to no longer being supportive of President Trump. An argument it was after all.